He was a Gibraltarian first and foremost; of mixed heritage in common with most of us. He was born in the latter third of the nineteenth century into the established merchant class of Gibraltar. His mother, Adelaide Peacock, was one of eight siblings born to a British father and a mother born in Gibraltar of Genoese extraction. The family were established ship owners and coal merchants. John Mackintosh Snr. was a native of Scotland who died a few months before John was born in that fateful year of 1865 when cholera and a smallpox epidemic ravaged the population of Gibraltar.

John made a late marriage aged 44, to Victoria Canepa, 13 years his junior. Together they had one daughter, born in December of 1910; unfortunately she suffered mental illness throughout her adult life. Before his marriage, he had fathered three sons with a Spanish lady.

After making provision for his daughter, extended family and staff members, John Mackintosh left his considerable fortune to the people of Gibraltar – his people. He left detailed instructions for the purchase of land and the building of several projects that have since become markers for the development of our collective social conscience.

PROVISION FOR THE ELDERLY

to found and endow in Gibraltar, suitable almshouses.. .for the aged poor…. to be called “the John Mackintosh Home

He indicated that a body of Governors be set up to administer the process and the Home, consisting of the leaders of the major religions in Gibraltar, the Roman Catholic Bishop, the Anglican Bishop, the Rabbi and also the Colonial Secretary. Thus, Mount Alvernia and the Jewish and Anglican homes for the elderly were built, fitted out and run until the Gibraltar Government took over their staffing and administration.

A new hospital wing was added to St. Bernard’s Hospital – again built and completely fitted out and equipped. Appropriately named John and Victoria, male and female medical wards and a private ward were lodged there, as was the hospital laboratory. With the relocation of the hospital to the Europort site, the Mackintosh Wing is being refurbished to provide much needed supported living accommodation for the elderly.

The will also made provision for the community to be endowed with a Cultural Centre. Accordingly, the John Mackintosh Hall was built and equipped and has been leased to the Government of Gibraltar for a peppercorn rent since the early 1960s to this very day. The Mackintosh Hall provides a theatre, meeting and conference facilities, a coffee shop and library. It is indeed fitting that a library, for the use of all the community, was provided. John Mackintosh’s father had been instrumental in the running of the Exchange and Library Committee, a body formed in protest at civilian exclusion from the Garrison Library. The Exchange and Library Committee became the foremost civilian body in the then fortress, and its committee was instrumental in gaining Gibraltarian colonial status and establishing the rights of British citizenship to those born in the Colony.

John Mackintosh saw the need to foster educational links with the United Kingdom and to promote the use of the English language. Education and specifically professional qualifications were largely the preserve of the rich; those who like John Mackintosh’s family, could afford to send their children away to private schools in England or Spain, depending on their family background.

Victoria Mackintosh awarded educational scholarships from the start of the Trust, but prior to 1959 no records exist of who and how much each student received. The John Mackintosh Educational Trust was formally set up in 1972, and over the years, a total sum in excess of £1.2 million has been awarded, benefitting more than 400 young Gibraltarians.

The John Mackintosh Educational Trust has not only helped individuals but has awarded grants to Gibraltar’s secondary schools to help fund field trips for sixth formers. The Royal Shakespeare Company was also sponsored when it came to Gibraltar in 1988 and contributions for Shakespeare for Kidz were made in three consecutive years to 2010. Contributions were also made in 2016 and 2017 to the Shakespeare productions of Romeo and Juliet and Hamlet by the Young Shakespeare Company. Children from all Schools benefitted for these superb educational productions.

The John Mackintosh Educational Trust continues to provide grants for educational purposes to this day and is very pleased to sponsor the events for children and young people at the Gibunco International Literary since its inception in 2013, so that these events are free of charge.

Mrs Victoria Mackintosh was fully committed to her husband’s ethos of benefitting the community. When John Mackintosh died, she started putting into practice all that her husband had decreed. She did not stint, and took the lead role on the work until her death in 1958. There is a discreet memorial plaque in the Cathedral of St Mary the Crowned, dedicated to Victoria Mackintosh.

We did not ask him, but he gave. He did not know us, but he gifted us in ways in which we, as a community, are still benefitting. We remember him. 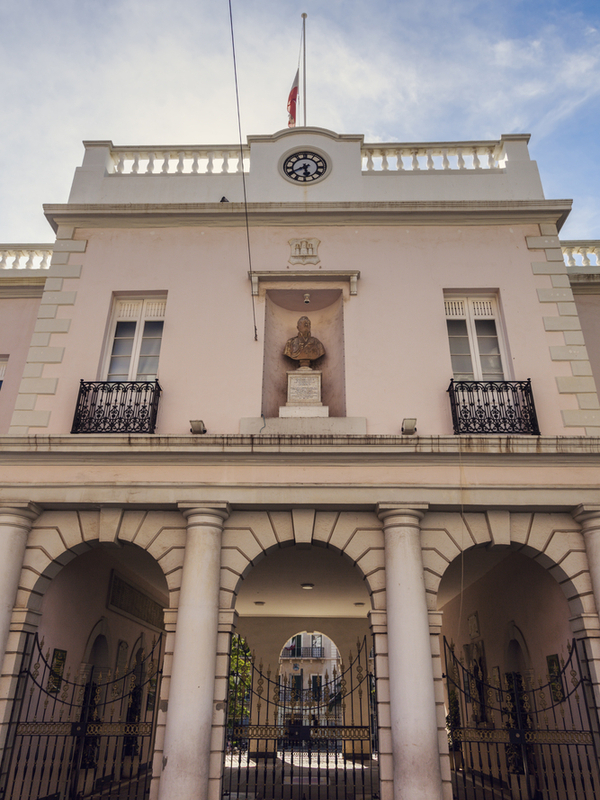