The bust of the late John Mackintosh was installed in a niche at a corner of the Square. The statue had been removed from its original place at the square just in front of the City Hall when the square was refurbished. It has since been moved and it now stands in a niche high on the façade of the Parliament Building. The inscription reads:
“This bust was erected by public subscription in memory of John Mackintosh 1865-1940, a great benefactor of Gibraltar after whom this square is named”

Three homes for the aged were built and maintained by the Mackintosh Trust, namely, Mount Alvernia in St Bernard’s Road, the Anglican home (now leased to a bank by the Board of Governors of the Homes) and the Jewish Home, both in Line Wall Road. They were completed in 1964 and funds were allocated by the Trust to meet the annual running expenses. In 1972 the Trust endowed the Homes with a sum of £1millon and a final settlement of a further £600,000 in 1992. Subsequently the maintenance was taken over by the Government. The Mackintosh Homes are virtually the only care facility available to our senior citizens, and Gibraltar can be justly proud of the enviable standard and comfort provided.

The Hall was built by the John Mackintosh Trust and opened on the 15th April, 1964. Today it is difficult to envisage Gibraltar functioning as a modern community without the facilities which it provides. The John Mackintosh Hall is the acknowledged cultural heart of Gibraltar and most major functions of a public nature take place in this complex.

This wing of the old St Bernard’s hospital was built and equipped by the John Mackintosh Trust and inaugurated in September 1969. This comprised of John and Victoria wards and named respectively after Mr and Mrs Mackintosh, together with a private ward, laboratory, chapel and other amenities. This wing provided an integral contribution to the medical facilities available in Gibraltar. As a gesture of good will when the hospital moved to its present site in Europort the male and female medical wards retained their names.

The wing has now been fully refurbished and was completed and is now partially opened providing elderly residential care.  When the facility is fully operational, it will be able to offer fifty-four residential beds which will have a significant impact on those who are currently occupying hospital beds, whilst awaiting their residential care placement.

The Victoria Stadium forms part of the main sporting complex in Gibraltar. The financial assistance given to the Gibraltar Sports Association, especially by Mrs Mackintosh was such, that, it will suffice to say that the stadium was named after her.

The Victoria Stadium forms part of the main sporting complex in Gibraltar. The financial assistance given to the Gibraltar Sports Association, especially by Mrs Mackintosh was such, that, it will suffice to say that the stadium was named after her. 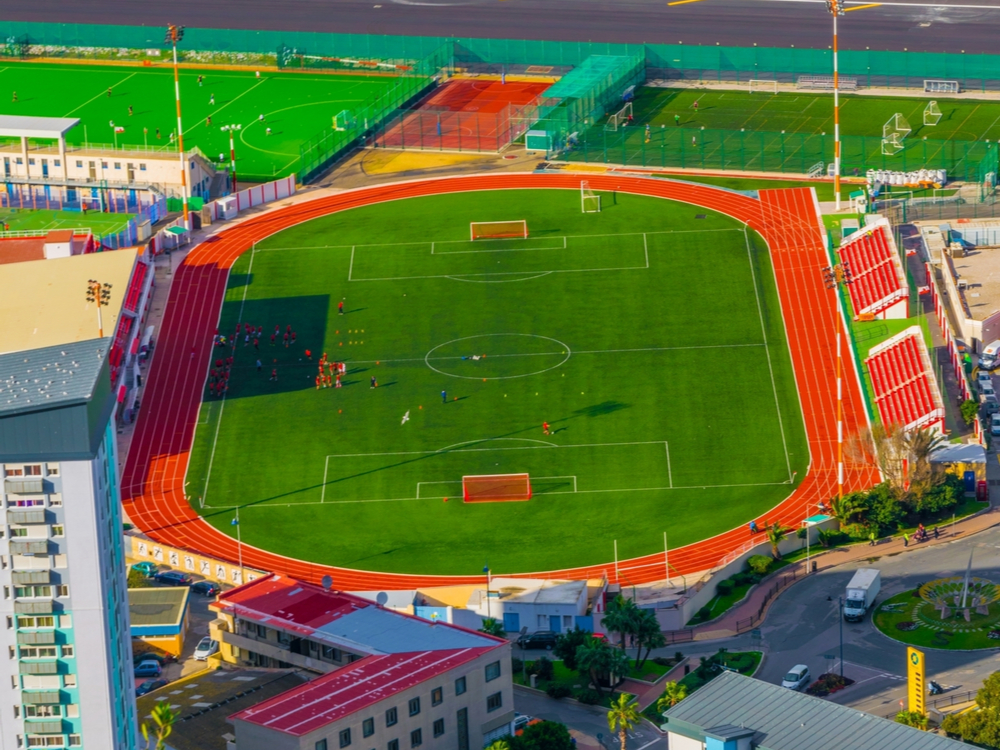